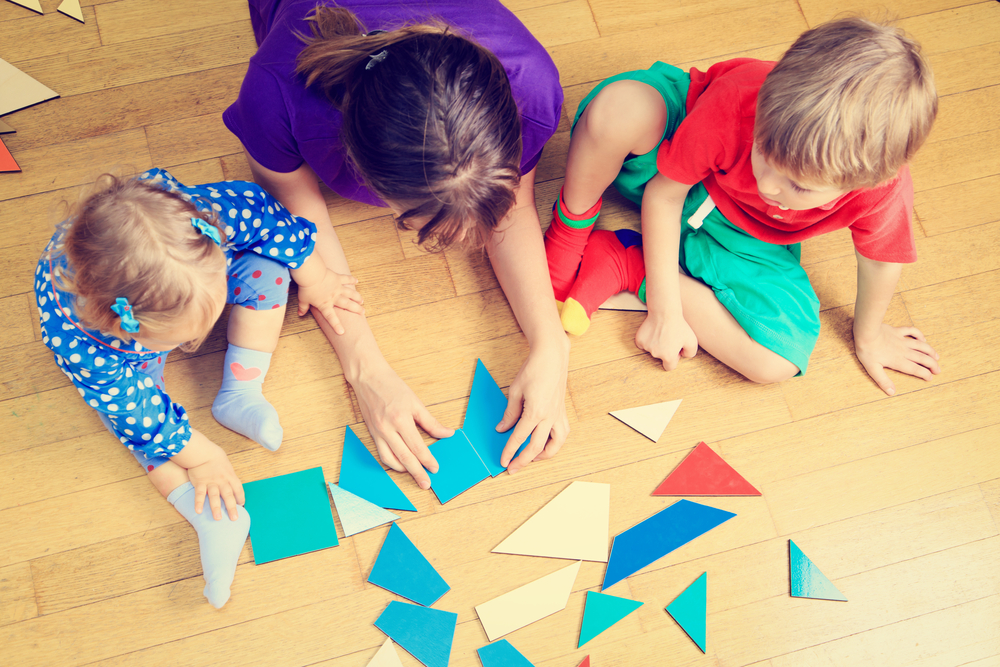 A recent German study suggests that in some circumstances, parents’ assistance with their kids’ mathematics can be counterproductive. Here’s why.

In 2004 my wife and I decided to take our young family on a road trip around Tasmania. As we were living in New South Wales at the time, this meant driving our car loaded with kids and luggage down to Melbourne and catching the Spirit of Tasmania ferry across Bass Strait.

The trip across was without incident, however, the return trip turned out to be the roughest overnight crossing the large ferry had experienced in about two years. Enclosed within an internal cabin on fairly narrow bunks and in cave-like darkness, we found ourselves being tossed around in high seas throughout the night. I will be honest – I was terrified.

At some point during the early hours, while the storm was at its worst, our eldest daughter Tori woke up. As the Spirit crashed on the waves, her voice piped tremulously in the night: “Daddy, are we going to drown?”

Of course, I knew we were, in all likelihood, perfectly safe – but that’s not what I felt. Nevertheless, I knew my reaction to my daughter’s question could make the difference between a panicked, sobbing twelve year old and a becalmed child who would drop back to sleep. In an even voice I responded in the manner all responsible parents would: I lied.

“No, of course not. We’re fine. This boat always gets a bit rough. We’re absolutely safe – go back to sleep, Sweetie.” Within ten minutes, as I continued to white-knuckle the edge of my own bunk, Tori dropped back into a sound slumber.

I tell this story often during CHOOSEMATHS Family Nights as it illustrates an important point about parents – and teachers – and assisting with mathematics. The point is this: Don’t let them smell your fear. When parents (or teachers) have had poor experiences with mathematics education growing up, or possess a degree of anxiety or ‘dislike’ for the subject, it is highly likely they will pass this on to their children.

A recent study of 14–15 year olds and their families by the Hector Research Institute of Education Sciences and Psychology in Germany investigated the relationship between parental involvement in their child’s maths study, their own attitudes and motivations in mathematics and the performance of their child in achievement tests.[1]

Originally published in the international journal ‘Child Development’ earlier this year, the study not surprisingly demonstrated that students with parents who liked math themselves and who were also ‘engaged’ (that is, they helped out with their kids’ academic work) tended to achieve most highly. In addition to this, these students also put a higher degree of effort into their mathematics.

What was more surprising was that students with parents who liked mathematics but who were ‘disengaged’ (that is, they did not tend to have the time or inclination to help their kids academically), also tended to achieve highly, although these kids demonstrated lower effort.

The cruncher, however, was that students with parents who were actively involved in their children’s work, but who did not particularly like maths or who perceived they weren’t ‘good at it’, tended to achieve poorly and have low self-belief in maths despite the parent’s assistance. The effort amongst this group of students was also low.

The paper’s authors offer the explanation that parents who hold a low self-concept in maths, or who dislike the subject, might pass these motivational attitudes on to their children even as they seek to assist through their involvement [2]. With a high fear of failure themselves, it’s most likely that parents will communicate negativity when things ‘get tough’. Accordingly, children will tend to avoid difficult or problem-solving situations in their learning, affecting their capacity to make progress in the subject[3].

Conversely, parents who like math and who enjoy participating in the subject pass on their positive attitudes to their children, even when they don’t spend much time assisting.

Importantly, it’s parents’ and caregivers’ attitudinal and motivational characteristics that form the most likely determinant of students’ maths success, rather than the amount of time and effort they spent ‘assisting’ their children.

These findings do concur with previous research. In a 2015 joint study by the Departments of Psychology at the University of Chicago, the University of California and Temple University, researchers found that when parents are more ‘math anxious’, their children learn ‘significantly less math’ over the school year and have more anxiety by the school year’s end — but only if ‘math-anxious’ parents report providing frequent help with homework[4]:

“Kids whose parents were anxious … learned less math over the school year. What’s more, these kids also were more likely to become nervous about math themselves… But they only “caught” that anxiety if their parents had frequently tried to help with their homework.”[5]

In such circumstances the best way for parents to avoid passing on their own ‘math anxiety’ is to remain carefully and mindfully conscious of being positive about mathematics at home.

It’s worth recognising that projecting optimism, a growth mindset and a sense of fun around mathematics with children is more productive even than giving hours of time to coach in the subject or assist with homework.

The above findings are probably fairly intuitive for most teachers. However, the implications for schools and school communities are significant. The authors of the recent German study conclude that:

“…it is not enough – or, in fact, problematic – to focus on increasing parental academic involvement…”

“…intervention programs … could try to also foster other family characteristics, such as parents’ own motivational beliefs (about mathematics).” [6]

Boosting students’ performance in mathematics is not simply a case of encouraging greater involvement from parents through homework or ‘classroom assistance’ initiatives. Such programs may in fact backfire for schools and their students.

Rather, schools might reap greater gains by fostering family fun, play and engagement with mathematics, creating positive attitudes and greater confidence of parents toward maths both as an academic subject and in day-to-day and vocational contexts.

[1] Häfner, I, Flunger, B, Dicke, A-L, Gaspard, H, Brisson, B, Nagengast, B and Trautwein, U. (2017), ‘The role of family characteristics for students’ academic outcomes: A person-centered approach’. Hector Research Institute of Education Sciences and Psychology, Tübingen,Germany.  In Child Development, Vol.88(2), pp.1–18 (e-pub ahead of print). The Society for Research in Child Development: Washington DC, United States.