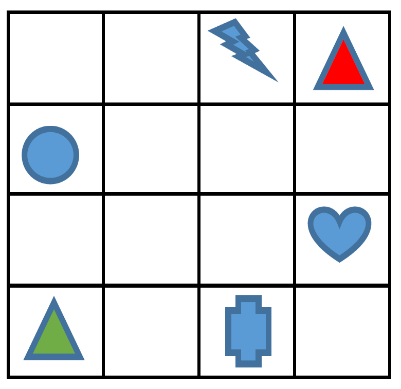 Thanks to teachers from Karratha Public School.

Learning Objective:
Give clear directions, follow directions and use coordinates to locate places on a grid.

First, mark out a 4 x 4 grid on the classroom floor using the masking tape. Once this is done, there are five game options to play: 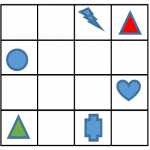 Variations:
For something a bit more challenging, try playing battleship!

For something extra challenging, play on a four quadrant Cartesian plane.