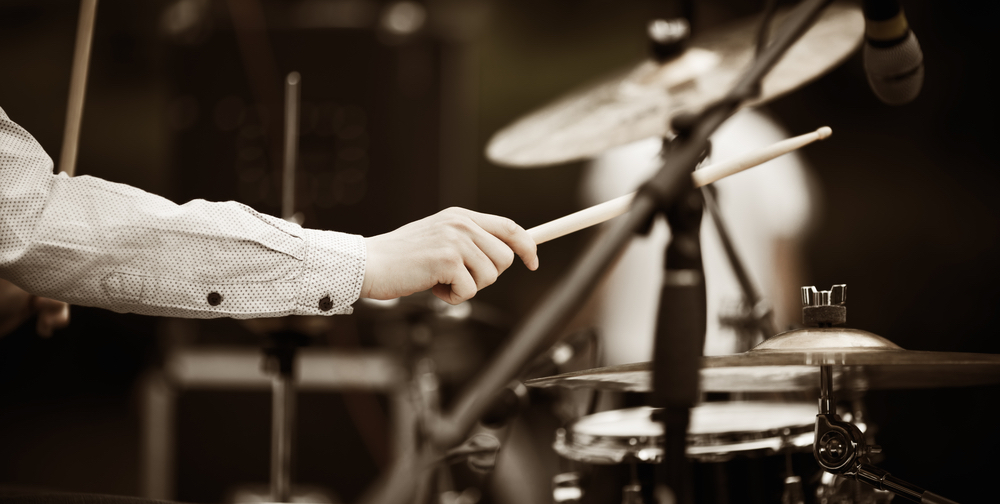 What do Frank Sinatra, Britney Spears and Bob Marley have in common?

The answer, surprisingly, is maths.

New Orleans based “Brush Master” Clayton Cameron says that all music shares a fundamental beat, and that beat is inherently underscored by mathematics.

Pop, R&B, hip hop, jazz, funk – “All those styles of rhythm are all counted in four and then subdivided by three,” says Clayton. “What?Yeah. Three is a magic number. Three is a groovin’ number. Three is a hip-hop kind of number. But what does subdividing by three mean? And counting off by four? Well, look, think of it this way. A measure of music as a dollar. Now a dollar has four quarters, right? And so does a 4/4 measure of music. It has four quarter notes.”

Clayton started his drumming career at five years old, banging on cereal boxes in what could generously be called “rhythmic attempts,” or perhaps more realistically, “a racket.”

“My parents always thought I just loved oatmeal for breakfast,” he says. “But I knew that the sooner I emptied the box, the sooner I’d have a cardboard drum.”

This passion stayed with him throughout high school, and eventually led him to travel with some of the industry’s most recognised and awarded talents, including Tony Bennett, Dean Martin and Frank Sinatra.

Watch his TED talk for more on mathematical music – its entertainment value is sure to grab students’ attention.

For more on how  maths can assist you in a musical career, you can also read our interview with Maton guitar maker David Poulter.