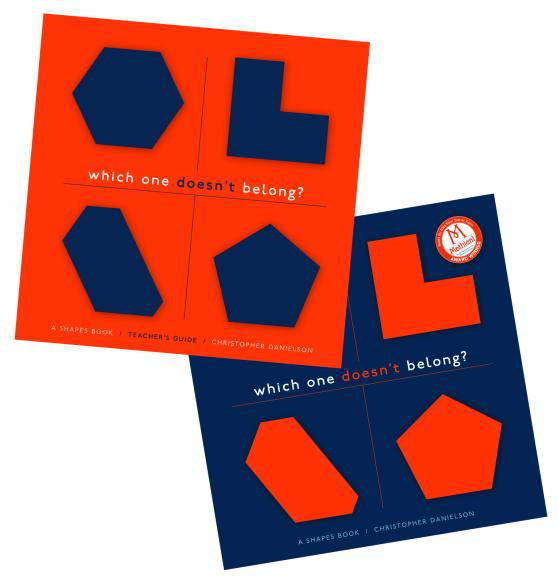 This lesson has been designed for students in their first year of school. It could be adapted for students across F-2, particularly if used as an introduction to a topic on shape.

It builds on an idea found in the text, ‘Which one doesn’t belong?’ by Christopher Danielson. 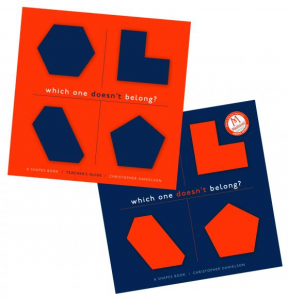 In each page of the book, Danielson, presents four images and asks the reader to justify which one doesn’t belong. The catch is that there is a valid reason why each one of the four images doesn’t belong and it does not take long for students to embrace the explanation process. This book was originally published through Stenhouse Publishers, but is available for purchase in Australia through Hawker Brownlow Education.

The activity in this lesson encourages the students to choose four shapes, one of which does not belong. Other students in the class are then challenged to guess which shape doesn’t belong and students are encouraged to justify their thinking.

Students soon pick up the concept, initially choosing attributes, such as colour or shape type to distinguish between their selections. 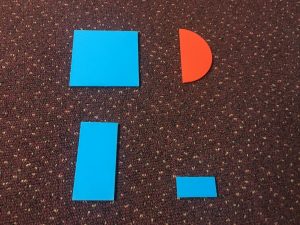 Here a student has selected three rectangles and one semi-circle. In her justification she explained that the semi-circle did not belong as not only was it a different shape, it was red, included a curve and did not have four sides.

Other students were able to select four shapes where they could justify why more than one shape did not belong. 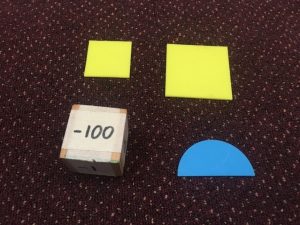 The attached lesson also shows the relevant links to the Australian Curriculum and highlights the related content and outcomes as listed in the NSW Mathematics K-10 syllabus.